VC Magazin: A new record amount of more than CHF 3 billion in venture capital was invested in Swiss companies last year. Overall, the Swiss venture capital market has been growing for ten years. To what extent has the scene changed in the last ten years?
Heimann: We had just reached the low point of financing in 2012 with just over CHF 300 million. A lot has happened since then, technological progress has been unstoppable. We have noticed a cultural change among young entrepreneurs: starting up is becoming more and more fashionable, and many success stories that act as “role models” also contribute to this. Market activities are steadily increasing, and many founders are venturing abroad much earlier and not waiting until their products have penetrated the domestic market. There are also more ambitious founders who don’t start up immediately after graduation, but later, as well as many start-ups outside the spin-off strongholds of Zurich, Basel, and Lausanne.
Prof. Dr. Pedergnana: The flow of capital to Switzerland is also remarkable, with about 70% of investments still coming from foreign investors. However, we are noticing a shift in the investment focus: whereas in the past it was mainly private investors and business angels who were on the move in the very early phases, today there are already institutional investors in this field. But this is also due to the shift in financing rounds. In the past, seed financing was in the small six-figure range and the early-stage segment was between CHF 1 million and CHF 5 million. Nowadays, seed financing is found in this investment level and early stage is significantly higher at CHF 5 million to 15 million.

VC Magazin: In 2021, you counted 35 new venture capital funds in Switzerland. What makes the market so interesting?
Heimann: There is an investment emergency on the part of institutional investors, which is why the venture capital segment is becoming increasingly interesting and attracting investors from Switzerland and abroad. In addition, we see some entrepreneurs setting up a fund themselves or joining existing teams. We also see that the newly launched funds are achieving much higher volumes and are therefore also becoming interesting for institutional investors who do not want to or cannot invest in small vessels.
Prof. Dr. Pedergnana: In Switzerland, universities are also of great importance. Every fifth founder in this country has a doctorate, which is twice as many as in the USA or Israel. There is a high level of transfer between science and business here, which makes the market exciting.

VC Magazin: Which sectors are particularly strong in the start-up environment, what trends do you see here?
Prof. Dr. Pedergnana: For a long time, Switzerland was characterised by deep-tech start-ups that addressed very small niche markets and often grew very little. But a fundamental change has taken place here, and now, on the one hand, there are more strongly growing start-ups, and on the other hand, the founders are more broadly positioned across sectors.
Heimann: Especially in the IT sector there are some good companies that have great development potential. I’m thinking of the Unicorns Nexthink, Scandit and SonarSource or also younger start-ups like Ledgy and Yokoy. There is also a lot of movement in the food segment – keyword “planted meat” from plants.

VC Magazin: While Germany is taking concrete steps to promote venture capital with the Zukunftsfonds, Switzerland is still discussing this topic. What do you think is needed for Switzerland to become a stronger venture capital location?Prof. Dr. Pedergnana: Yes, an innovation fund is indeed being discussed at the federal level in Switzerland, and the advantages and disadvantages are being examined. The aim is to explore the extent to which such a fund can strengthen the venture capital market in Switzerland and improve growth opportunities for start-ups. We must carefully weigh up the interests of the various stakeholder groups as well as foreign investors on whom we depend in the later-stage segment. The results are expected in June.
Heimann: At a workshop on this in March, a fund-of-funds model was discussed. The goal should also be to create more independence from foreign investors, and thus also prevent an exodus of Swiss start-ups. However, there is still a lack of lead investors in this country who contribute larger sums. We need more such first movers and larger funds that can also invest CHF 20 million to 40 million in start-ups.

VC Magazin: What is your view of the later-stage segment in Switzerland?Heimann: Somewhat worryingly. There seems to be a lack of capital from the point where start-ups need funding to enter the global market. Larger venture capital companies could absorb that, but there are too few of them now. We are still heavily dependent on foreign capital. About 70% of the capital comes from abroad, making Switzerland a net importer of venture capital! The rounds between CHF 10 million and 20 million have also recorded the lowest growth since 2012 or since the launch of the VC Report. We must keep an eye on this because the subsequent rounds with more than CHF 20 million could also be negatively affected.

VC Magazin: How do you assess the current Swiss market, considering the challenges of inflation, interest rate increases and the Ukraine war? Do you see any effects on the price level?
Heimann: So far, the upheavals in the public markets due to inflation, interest rate hikes, supply bottlenecks and increased commodities have not affected the private markets. Mostly, this has a delayed effect. If start-ups are dependent on capital and have to act from the defensive, they will have to accept lower valuations. Other companies that are successful and have added value through successful clinical trials in the biotech sector, for example, will be able to act from the offensive and demand higher valuations.
Prof. Dr. Pedergnana: There is a lot of activity in the seed sector, including by business angels, and that certainly drives prices in this area. However, the highly valued early-stage deals subsequently have a more difficult time with growth financing. We have also seen more takeovers than later-stage rounds since last year. Sales to strategic buyers are in high demand and are replacing growth rounds. Since there is less competitive pressure in Switzerland and Europe in general than comparatively in the US, investors have higher negotiating power here and can negotiate better terms. This then leads to attractive returns for fund investors.

VC Magazin: What are your expectations for the second half of 2022?
Prof. Dr. Pedergnana: We are confident about the way forward. We have made great progress but have by no means exhausted our potential. In the short and medium term, market developments can definitely influence the scene, but in the long term, this matters less, as company-specific facts are more important for the ecosystem to thrive. Currently, we see a robust development in both financing and company sales. This also shows that foreign investors continue to like Swiss start-ups and that Swiss investors are now increasingly involved in the largest rounds. In addition, the diversity of sectors and the quality of start-ups are increasing. Together, this is an encouraging trend for the immediate future.

VC Magazin: Thank you very much for the interview.

Prof. Dr. Maurice Pedergnana has led the Swiss Venture Capital and Private Equity Association (SECA) for 20 years.
Thomas Heimann is deputy managing director of SECA and lecturer for venture capital at the Lucerne University of Applied Sciences and Arts. He is also a co-initiator and author of the Swiss Venture Capital Report, which SECA publishes together with StartupTicker. StartupTicker also publishes the annual Swiss Startup Radar, which looks at the characteristics of the Swiss venture capital ecosystem of start-ups. 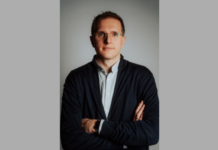 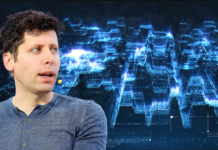 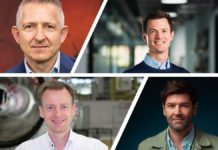 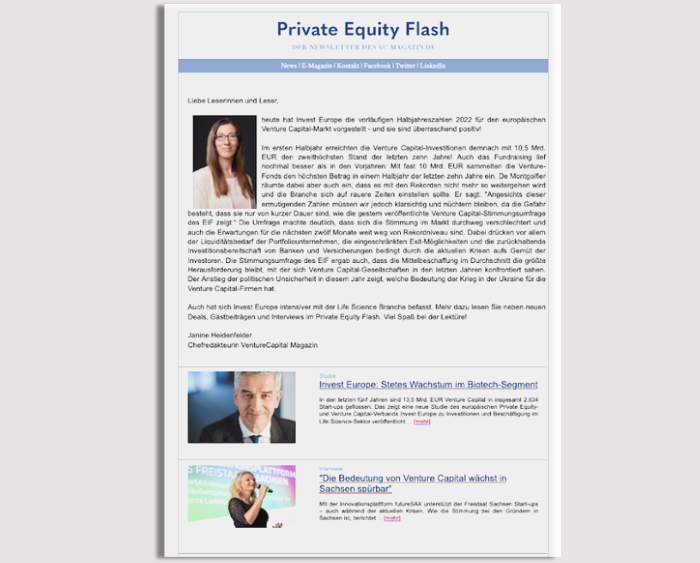 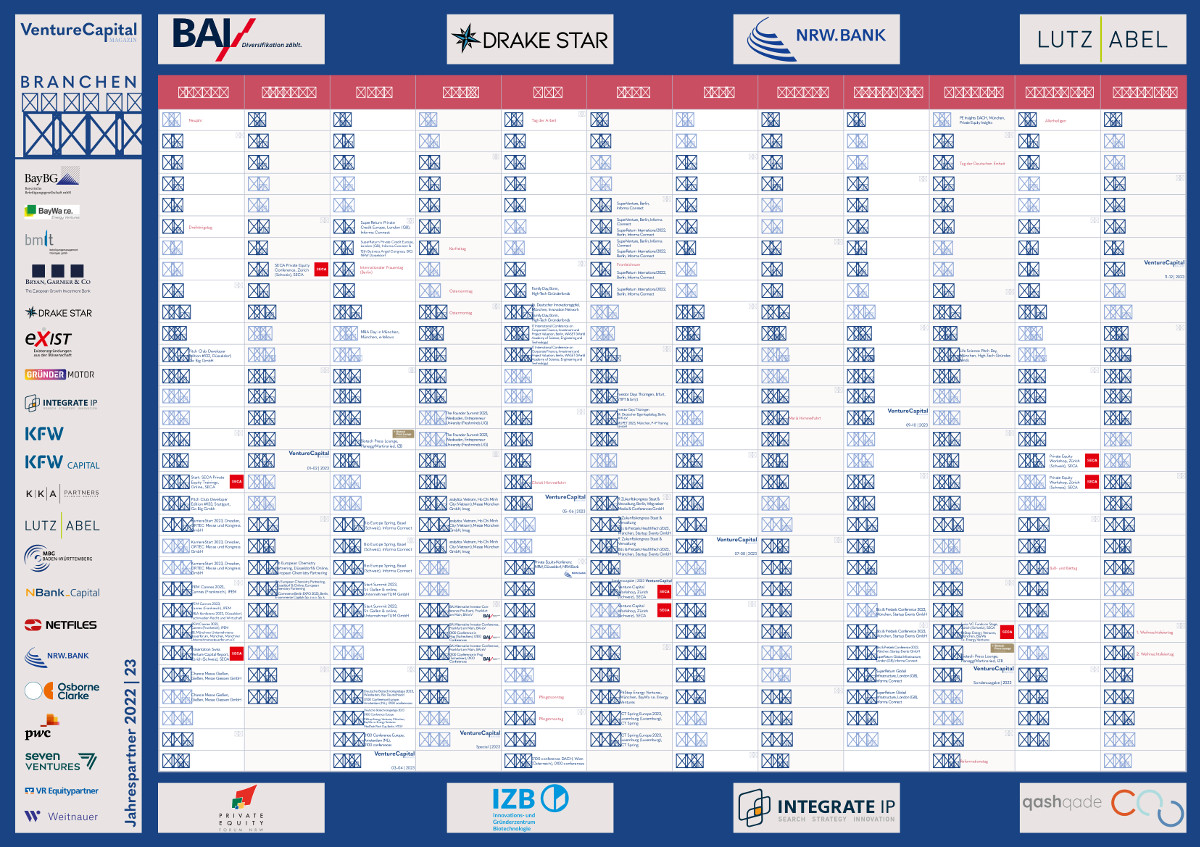